Me and my partner Tomas Granberg of team Savelend have recorded two podcasts in anticipation of the 15th edition of the ÖTILLÖ World Championship.

We are now one month out to the ÖTILLÖ Swimrun World Championship. Me and my partner Tomas Granberg of team Savelend are preparing a series of Swimrun Watch podcasts about the championship race.

Needless to say, we are also in the middle of our specific training for the event. A few days ago we were out on the World Championship course for a four hour training session. I’ll leave you with a few pictures of that and an introduction of our lovely sponsor Savelend.

Savelend is Sweden’s oldest now active peer-to-peer lending platform. The platform offers many types of credit investments now available to common people like you and me. Savelend has a target annual return of 7–9 %, yet the current average annual return is 10.8 % (August 2021). This speaks to Savelend’s habit to over deliver rather than over promise.

Savelend is currently working on internationalization, however currently on the retail side of things, Savelend is only open to Swedish investors.

When using the Savelend platform, you may turn on the smart invest feature to have the system make efficient use of your hard earned cash automatically. The savvy investor may instead pick preferred allocation to different credit types, such as housing projects, SME loans, consumer credits, factoring or debt collection. Also, there is a secondary market if you would like to withdraw cash prior to maturity.

If you have left over money sitting at a checking account with close to zero interest, remember MONEY SHOULDN’T SLEEP! — and head on over to savelend.se. Also, with current stock market valuations, investors might want to take part of their money off the table and put it into credits — especially with such an attractive yield.

Disclaimer: This is not financial advise. Financial investments may go up or down in value and it is not guaranteed that you will keep your initial investment value. Also, I’m myself an investor on the Savelend platform, I own stock in the company (Nasdaq Stockholm SSME ticker: YIELD) and I used to work for the Savelend group.

Let’s do some catching up. We have been waiting and waiting. Finally in spring 2021 we got a few proper swimrun races to talk about!

This year Stockholm Swimrun was a smaller event than usual, still under covid. I entered just for the fun of it with my friend Henrik Gustafsson. And boy, we enjoyed it a lot! Great to get that feeling of being in a competition again.

ÖTILLÖ Utö is one of the most competitive races in the world of swimrun. This year we didn’t get all of the usual international competition due to covid and its impact on international travel. However, on the bright side, this year offered a new course with a lot more trail running, retiring the old 9 km gravel section. Can’t believe how both fun and scenically stunning the new course is. Brutal terrain and a lot of transitions make for such an action packed race, really making the most of this sport. Spot on, course designers!

We didn’t start out too aggressively and pretty much was in a void for most of the race. Tactics-wise we nailed most of it with that exception of a total lack of drafting. Can’t stress enough the importance of swimming in a pack. But sometimes it just doesn’t play out like that, especially in this race since the men’s, women’s and mixed categories had separate starts this year.

We managed to finish strong on the northern, angelically beatiful islets. This section doubles as the World Championship closing part. We passed one team on a run close to the finish but didn’t quite manage to reel in Roger Sjösten and his partner. With the level of competition at Utö, a 11th in men’s & 15th total is something we are content with. With a few tweeks and more training, we are well set for the upcoming ÖTILLÖ World Champs!

Seems trail and off-trail running is the new flavor. Amfibiemannen organized by Wolff-Wear had their second running of their new and improved course with a boat-load of brutal terrain. With that a few of the swim sections were definitely beyond choppy. What can I say? It’s supposed to be an adventure sport and I love it!

Tactics came to play a big part in this race. We started out at an honest pace at the undulating 3 km gravel somewhere south of 4 min / km. That allowed us to draft off of André Fält and Johan Carlsson (picture).

At the second swim those two pulled away and we instead got in a pack with the women’s front teams with the likes of Helena Sivertsson & Kristin Larsson and Angelica Wagneryd & Johanna Paulsson. Thanks people, for giving us drafting opportunities.

The group largely held together until the extremely technical 3 km run or call it bush crawl of the uninhabited island of Villösan. That’s were we dicided we’d be better off playing to our off-trail strength and ran ahead of the pack to try to catch teams in front.

That largely worked out well, except we didn’t manage to catch those ahead and instead we were outswum by Joakim Perani with partner and — on the very last swim — by Helena Sivertsson and Kristin Larsson, displaying some truely strong swimming.

What a day! So much fun and great to be back racing. Enjoy the bonus pics.

Yes, I was in Fontainebleau this year too for bouldering. Initially I meant to go with a group of friends during Easter. Corona came and that didn’t happen. I and my girlfriend — whom I met half a year ago — went in October instead and had some luck with both weather and corona regulations.

There has not been a lot of updates to the blog lately and there has not been any new episodes of the Swimrun Watch podcast. I’ve been busy with starting a new job, changing apartments and by the psychologically demanding process of reporting my girlfriend’s rapist to the police.

Some words on rape. It’s not the first time I meet a girlfriend who has been raped. If you, the reader, walk into a similar situation, please support the victim and report the perpetrator to the police. We have to get rid of this tremendously damaging behaviour. From trying to just forget and hide it, she developed the strength to stand up against her oppressor. For a victim of rape to take the anxiety and shame and put it on the rapist, where it belongs, takes a lot out of you.

I’m very grateful for the support of our friends and fellow climbers of Klättercentret Telefonplan for their kind words of compassion and support. But first and foremost, my girlfriend Felicia needs to be recognized for standing up against the rapist. She endured the legal process with the inevitable mental revisit to a time of being forced, hit, having her hair torn off her head and being sexually violated. In reporting her perpetrator, she is standing up for all who have ever been raped and suffer unbeknownst to the world.

Pelle (that’s his name) raped and taunted her inside his apartment at multiple occasions — not something you just walk away from. These horrible experiences and the memory of her words describing them will live inside her and my head for the rest of our lives. I still have hopes that the justice system will put an end to his raping.

Please be kind to each other, and firm to rapists.

The Sylarna Traverse. Perhaps not the world’s most hardcore route but a nice adventure never the less.

As ÖTILLÖ is cancelled I got triathlete Richard Bräckvall to team up with me at Sigtuna Swimrun to defend my and Kalle Lundin’s 2017 win, which went just fine. We took the win in the team competition. One solo athlete was faster — Donato Campanini. Credit is due where credit is deserved.

Scanning for other void fillers, Folkhälsan Swimrun Solvalla might be an option if we are let into Finland. Otherwise, might go to Borås, Sweden for another ÖTILLÖ Merit Race, before Utö. Other than that, will probably run the local Brotorp Trail Run. ÖTILLÖ WC might be cancelled, but all fun out there is not. 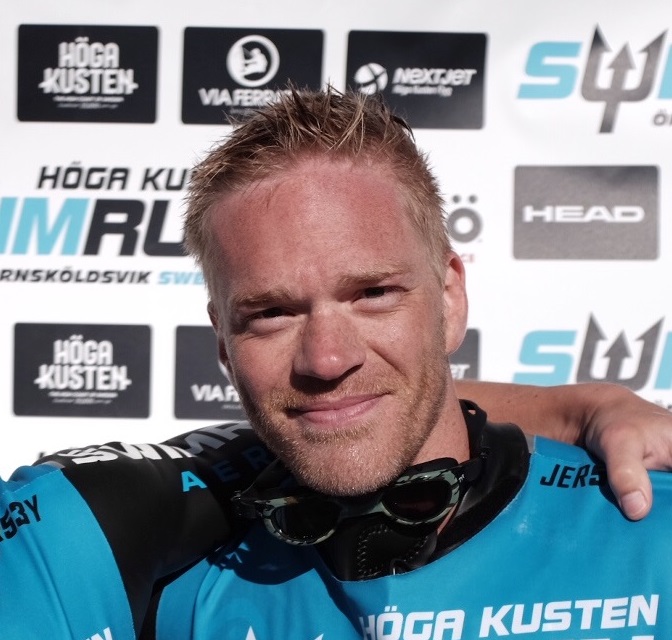 Vildmarkens son (en: "son of the wilderness") competes in swimrun and finds all kinds of adventures in mountains and other remote areas, where his soul truely belongs.

To those who don't know him he goes by the name Andreas Ribbefjord. Also, he is the creator of Swimrun Watch.